The marbled paper with PSTricks: adaptation of the works of Aubrey Jaffer

There are many articles on marbled paper techniques that are used to adorn bookbinding, guarding quality books, including Wikipedia which gives a link to the article devoted to him by the Encyclopaedia of Diderot and D'Alembert.

Aubrey Jaffer and some computer scientists in collaboration with him or on their own have tried to understand and model the formation of marbling that appears when the artist uses a stylus which he moves the tip to the surface of the liquid resulting in its wake the drops that it encounters, deforming and also influencing the shape of the neighbors according to the properties of the medium (viscosity), the speed of movement of the stylet and of the nature of its trajectory: line segment, line crossing the whole tank, arc of circle, complete circle in a clockwise or opposite direction, ripple, swirl, etc. The artist also uses combs whose spacing between the teeth can be adjusted to make more complex figures.
The authors of these studies use the laws of fluid mechanics to model and thus be able to create simulations of marbling.
On the website of Aubrey Jaffer, you will find many links developing these theoretical studies.

http://people.csail.mit.edu/jaffer/Marbling/
Aubrey Jaffer retains 2 parameters the dynamic viscosity and the characteristic length of the system: see in particular the document "Oseen Flow in Ink Marbling":

Aubrey Jaffer defines 5 types of actions:
which allow to create a very large variety of marbling.
Initially there are drops of colors that the artist sprays with a brush on the surface (a bit of a hazard even if they are located in a given region) and whose sizes depend on the brush. He performs the operation several times with other colors and also brushes of different sizes.
These drops, circular in shape, are placed with the following command :
xc yc R       r  g b
[ 0 0 100 [] [0 0 1] /ink]
Note that the coordinates (xc, yc) of the center of the drop and its radius R are measured in points, the color is in the system rgb: (values between 0 and 1). Details are given in the documentation.
So this is the first step, placing the drops on the surface in several steps with different radii and colors.
To facilitate the experimentation of the different types of actions, Aubrey Jaffer imagined an initial background obtained by dropping (one after the other) drops of different colors (we can also differentiate their radii) at the same point, they are all at the same center, we then obtain an initial background consisting of concentric rings, an example of which "concentric-bands" is in the package.
Aubrey Jaffer coded in postscript all possible simulations with expected deformations (line, stroke, etc.) and his code perfectly structured and whose use is very simple would be sufficient to itself if it were not necessary for each test, add lines, remove others, save and the original and conclusive tests, which is a bit tedious.

That's why we decided with Jürgen Gilg to adapt it to PSTricks (with the agreement of Aubey Jaffer). A \psMarble command to pass the different types of desired actions to the postscript code, as well as the system's characteristic viscosity and length parameters.
There are two ways to calculate and represent the drops.

Here are the first tries of this transcription. The documentation contains, of course, other information than this presentation and is likely to be reworked and completed as well as the code.
The package is available on : 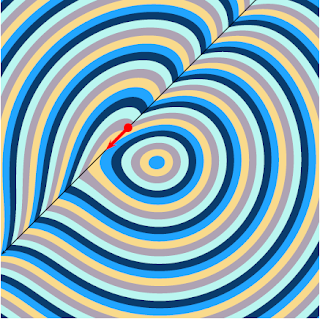 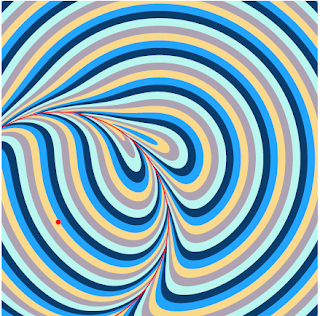 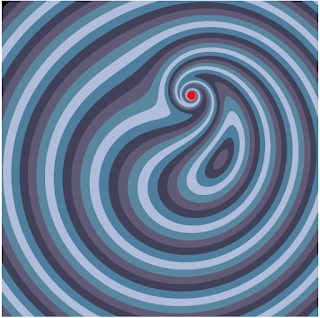 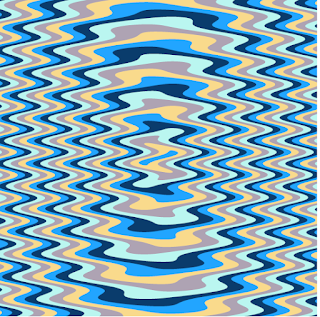 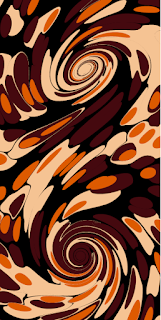 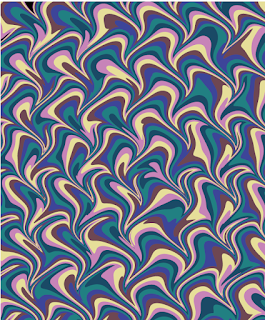 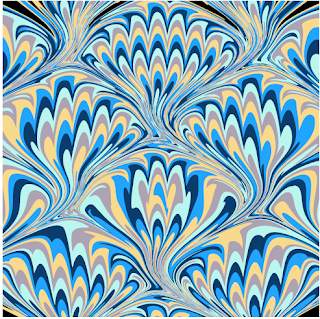 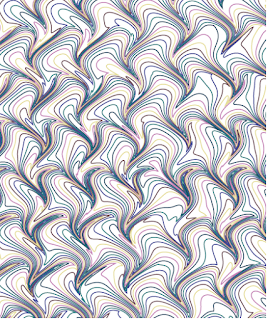 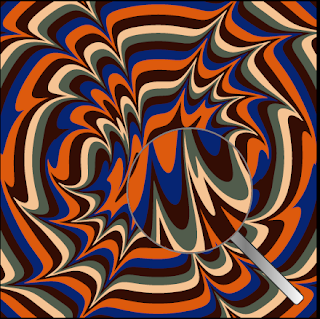 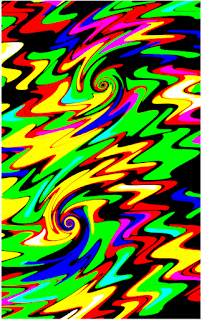