Aubrey Jaffer has improved the model that was presented within the last version of pst-marble. Now it is closer to reality and more consistent in the choice of units. This version allows to perform more accurate simulations, however with some new parameters. Unfortunately for all those who already used the last version, this new version is almost incompatible to the last version, but we kept most of the example files and translated them into the new syntax.
The new version 1.0 is available on CTAN:

https://ctan.org/pkg/pst-marble
A copy of that version with some examples is also uploaded here (the zip file contains all necessary):

pst-marble-1.0
pst-marble is PSTricks package containing the work of Aubrey Jaffer and collaborated with Jürgen Gilg and Manuel Luque with the agreement of Aubrey Jaffer. On his website you'll find numerous documents and links for the theory of marbling.

http://people.csail.mit.edu/jaffer/Marbling/
Initially in a tank filled with a liquid, there are drops of colors that the artist projects with a brush on the surface (a little random, even if we can locate them on a given region) and whose size depends on the brush. He performs the operation several times with other colors and also brushes of different sizes. Then with a stylus the artist can draw lines, circles, ripples, effects of swirls. Depending on the speed, the viscosity of the medium, and the diameter of the stylet, the drops undergo deformations that will create a marbling. The artist then places a sheet of paper on the surface to get the marbled paper. Instead of a stylus, he can use a comb with a variable number of teeth to perform the same operations as with the stylus. With each action, the state of the surface is memorized. The drawing can thus be modified by depositing new drops and then performing other actions.
It is by applying the laws of fluid mechanics that Aubrey Jaffer and other computer scientists have attempted to model the formation of marblings.

For example;
Randomly distribute 1000 drops with variable radii and colors on the surface of a liquid,
trace with a stylus some bows of a circle with the center at O and increasing radii which alternate in their directions : 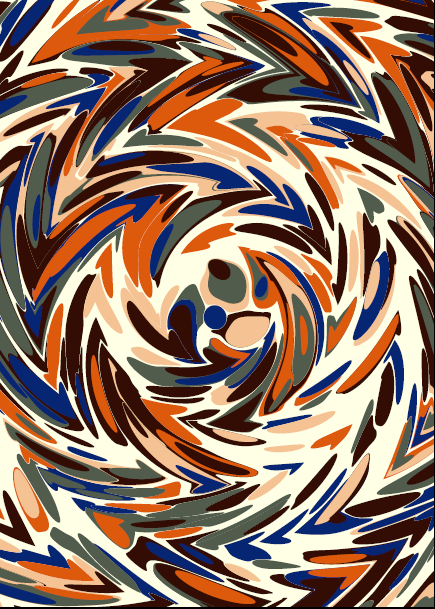 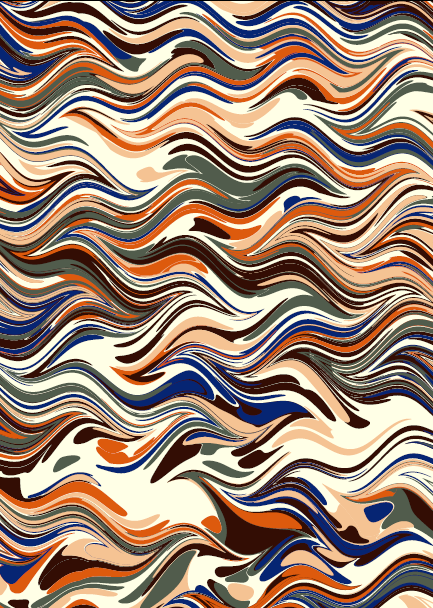 The documentation is part of the package and following are presented a few example from it: 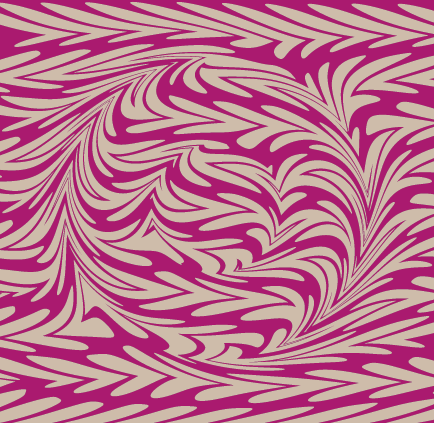 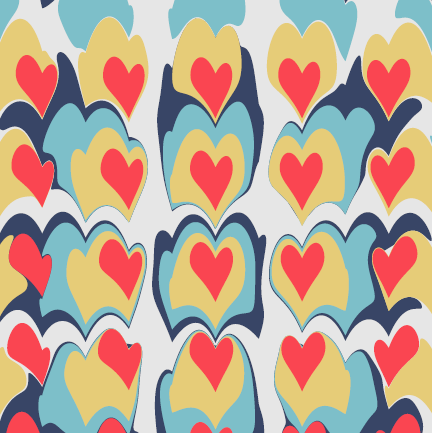 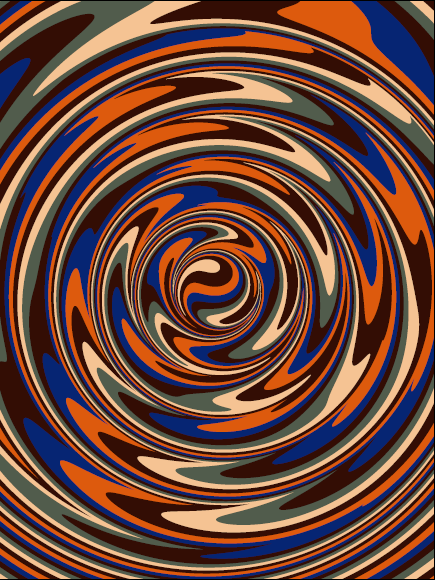 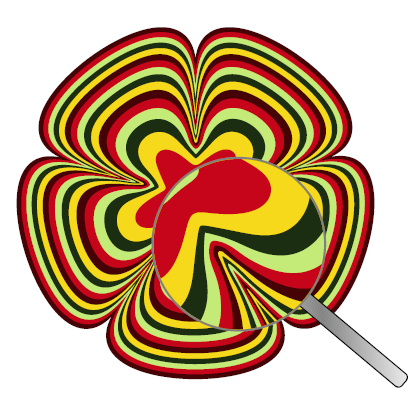 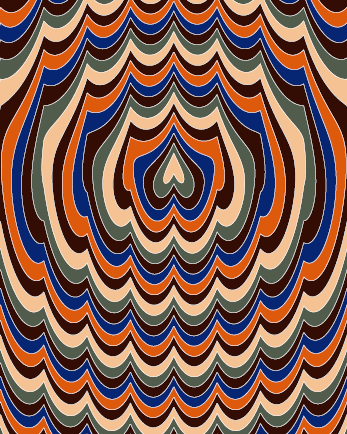 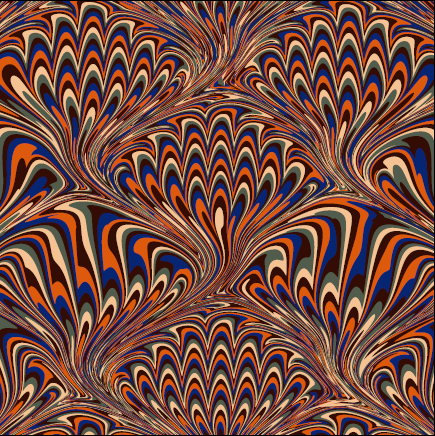 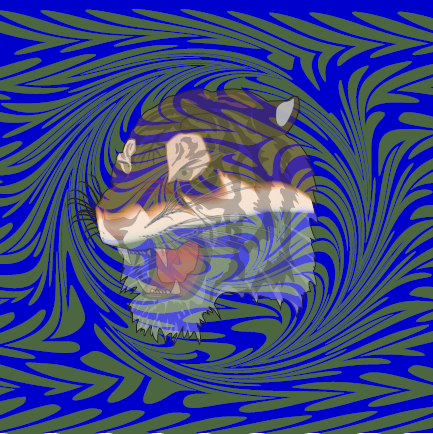 The compilation of the examples will be done according to the usual procedure:
LaTeX->dvips->ps2pdf