The new version is available:

https://ctan.org/pkg/pst-marble
Some very spectacular new options were integrated by Aubrey Jaffer within this new version pst-marble 1.6
For colors we have: tint, shade and edgy-color.
RGB $\gamma$ tint
Colors within the system RGB modified by the parameter $\gamma$
$0 < \gamma < 1 $ darkens the color; $ \gamma > 1 $ lightens the color; and $ \gamma = 1$ leaves the color unchanged.

RGB $\zeta$ edgy-color
from the initial color, for $ \zeta > 0 $ one gets a shading effect of color darkend within the center to lightend near the contour, one gets a bigger effect if $\zeta$ is big. We get the inverted with $ \zeta< 0 $.

A marbling with edgy-color by Aubrey Jaffer: 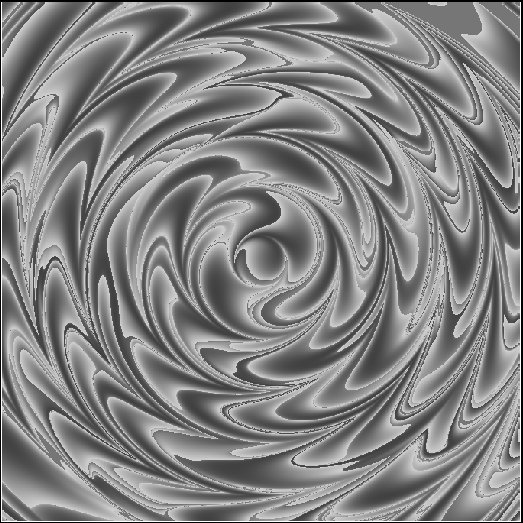 Some shading effects were already introduced by wriggle with the command wriggle-shade :
$x$ $y$ $\lambda$ $\Omega$ $A_s$ wriggle-shade
We take the first three arguments of "wriggle". Contrary to wriggle, wriggle-shade takes a scaling argument $\Omega$.
$A_s$ is not necessarily equal to $A$ to wriggle.
When $ A_s $ is close to zero, the shading will be softer. If $ A_s $ is further from zero, the shading will be darker. As with A in the wriggle command, realistic shading requires $|\pi\,A_s|<|\lambda|$|.
When $ A/\lambda > 0 $ and $\Omega=0$ and $ \Omega = $ 0, the darkest rings are at equal rays at odd multiples of   $ \lambda $; otherwise, the darker rings are integer multiples of $ \lambda $ and there is a dark point at $ x, y $.
The difference can be compared between these two papers when applying wriggle-shade. 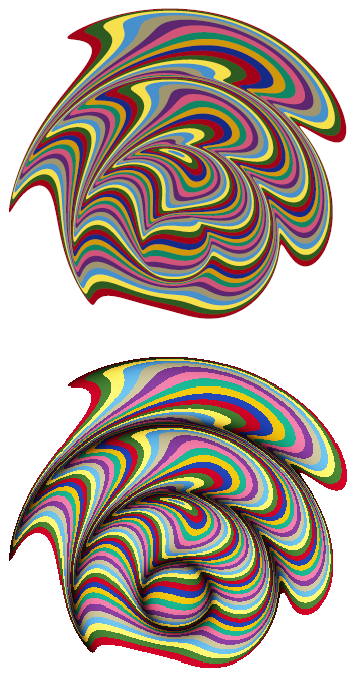 A simulated nautilus shell on marbled paper with this option: 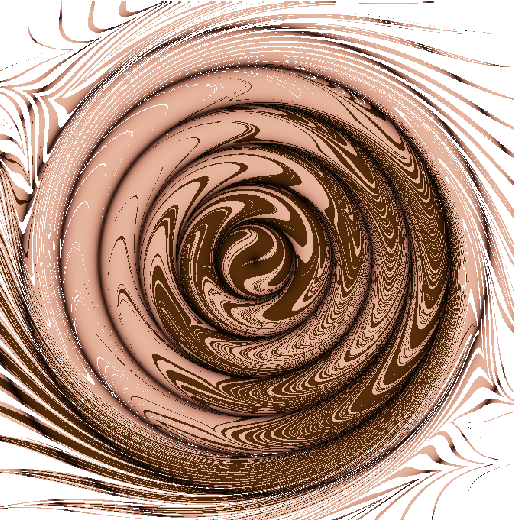 Here a magnificent example proposed by Aubrey Jaffer which he calls Moiré: 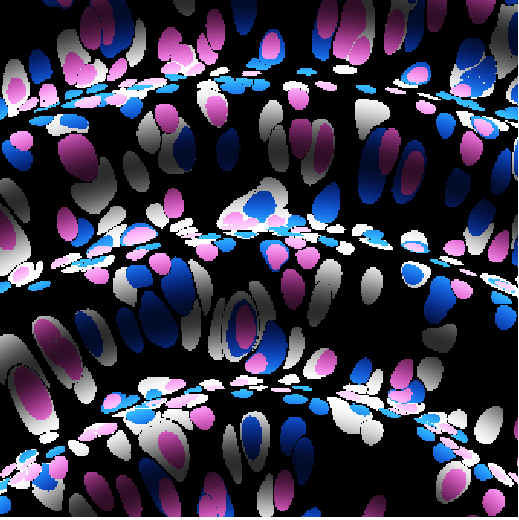